The idea of establishing a charter Montessori elementary school in central Contra Costa County started in 1998 with a committed group of Montessori parents who didn’t want their Montessori experience to stop when their children finished kindergarten. When enough parents were dedicated to working at a charter school, they hired community members, Montessori educators and consultants and rolled up their sleeves together and started studying the process, honing their vision and mission, writing the charter, and getting it accepted. Working together with district employees, a group of 10 to 15 people met daily, split different responsibilities, and rode the roller coaster with commitment and determination before the charter was approved by a unanimous vote of the Mt. Diablo Unified School District School Board in March 2000.

The hard work began to secure a facility, employ staff and recruit students once the charter was accepted. In August 2001, Eagle Peak Montessori officially opened with 2 classrooms and 60 students. Our first venue was in a small church with classrooms. One classroom was added every year during the first four years of school before we reached the capacity of three lower and two upper elementary classrooms in the fall of 2004. In the same fall, the campus that would be the new home of Eagle Peak Montessori was originally completed and ready for movement. We added the teenage curriculum to our charter as Eagle Peak Montessori entered its own’ teen years’. In January 2014, a new structure was installed and inaugurated, and in August 2014, the Adolescent Program (AP) classroom was completed. We are proud that there are over 300 students in our enrollment. In grades 1 through 3, the four lower elementary classrooms serve students, and in grades 4, 5, and 6, the three upper elementary classrooms serve children. Kids in grades 7 and 8 are covered by the adolescent program classroom. By a majority vote of the Mt. Diablo Unified School District School Board, the charter of Eagle Peak Montessori School was extended for another five-year term in the spring of 2019. 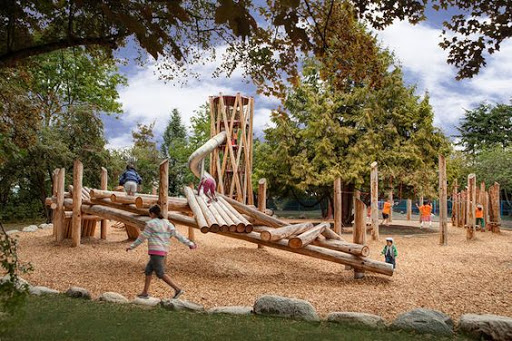