We know finding the best Yoga Studios Near Walnut Creek, California can be difficult, so we put together this detailed list of the best of the best Yoga centers so you can make your choice wisely. Walnut Creek is a quaint, suburban town in the East Bay Area located about 30 minutes from downtown San Francisco. Yoga has become increasingly popular and you have to go out of your way if you want to get it right. With that said, here are out top yoga studio choices near Walnut Creek that really help make residents’ lives better while enjoying the vibrant city life nearby. If you know another amazing yoga studio that should also be included in our list – or one that should be removed – please let us know! 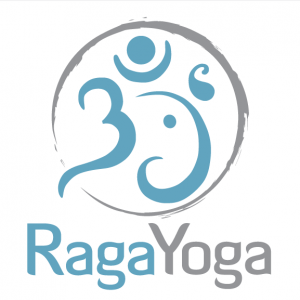 About: Raga Yoga is a community-based yoga studio dedicated to helping people live more balanced lives from the inside out. They think that with attentive practice, the yoga system can help people overcome physical, emotional, and spiritual barriers.

The purpose of Raga Yoga is to educate, support, and inspire yoga practitioners. They provide a variety of class formats, from traditional to functional. They like to think of themselves as modern yogis, continuing to explore while being rooted in the ancient practice’s time-honored traditions. Raga is the place to be if you’re seeking for a gentle landing or want to get some rock hard abs.

About: Yoga has physical, mental, and spiritual benefits, according to CorePower Yoga. CorePower Yoga strives to increase yoga awareness and widespread adoption by making yoga accessible to everyone, offering a variety of yoga styles for beginners and more advanced yoga students, and class times to accommodate any schedule.

About: The variety of classes at TruFusion allows you to mix up your workouts, never get bored, hit every part of your body at varying intensity levels, and always feel challenged, no matter where you are in your fitness journey. The instructors are excellent, entertaining, and motivating. You can have a month’s worth of training sessions with instructors who go out of their way to be attentive and make authentic and personal connections with you for less than the cost of two personal training sessions at a gym. 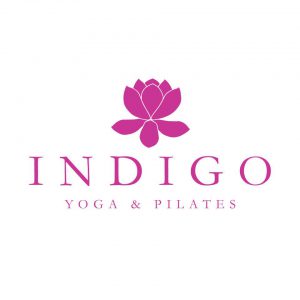 About: Indigo Yoga & Pilates Studio, now in its ninth year, is a gathering place for some of the Bay Area’s most talented, experienced, and dedicated teachers. Each of their three serenely beautiful spaces, easily accessible in Walnut Creek, was carefully designed to support your practice.

You can find a vigorous yoga practice that will challenge your flexibility and build strength there, or you can choose from beginning, gentle, or restorative yoga. Do you want to learn more about the history and philosophy of yoga? Their incredible teaching staff will provide you with incredible resources. Indigo provides a wealth of opportunities to connect and learn regardless of your level of experience, age, or background.

About: Open Barre Fitness in Walnut Creek, California is a 1,440-square-foot fitness studio that specializes in personalized barre fitness classes. They provide private, group, and individual sessions ranging from 45 minutes to an hour in length at convenient times for working people, in the mornings and evenings seven days a week. The studio provides students with their first class for free in order for them to try out the method, as well as cost-saving packages for multiple sessions and memberships for regular attendees. Barre techniques use a combination of yoga, Pilates, ballet, and weight training moves to sculpt, lengthen, and strengthen for optimal weight loss and muscle toning. 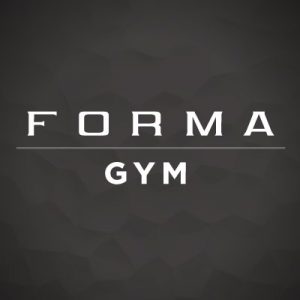 About: Forma Gym (formerly Walnut Creek Sports and Fitness) is a merger of the Bay Area’s two best health and fitness clubs. In April of 2012, they combined their efforts to create an amazing 30,000 sq ft facility with plenty to offer.  Their Walnut Creek location, just off the 680/24 corridor, was the birthplace of Forma Gym.

Robert Jackson, a Personal Trainer, founded this club. He worked at a number of clubs, including the largest chain in the United States. He was never satisfied with the manner in which fitness was approached or delivered. He believed that fitness services should be made available to anyone who wanted to improve their lives in a non-judgmental setting where everyone was welcome. He also believed, and continues to believe, that fitness should be engaging and appropriate for all fitness levels – beginner to advanced. He founded Forma Gym and assembled an all-star team of fitness and lifestyle experts. Throughout Forma Gym’s life, they have grown to two places; they have integrated four additional health clubs into a better approach and culture, bringing more and more results. They are home away from home, innovative, clean and impeccable and progressive fitness. 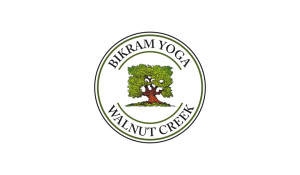 About: Yogiraj Bikram Choudhury is the founder of the worldwide Yoga College of IndiaTM. Bikram began Yoga at the age of four with India’s most renowned physical culturist at the time, Bishnu Ghosh, the younger brother of Paramahansa Yogananda (Author of the most popular book on Yoga, The Autobiography of a Yogi, and founder of the Self-Realization Fellowship in Los Angeles).

Bikram practiced Yoga for at least four to six hours a day at Ghosh’s College of Physical Education in Calcutta. He won the National India Yoga Championship at the age of thirteen. He went undefeated for the next three years and retired as the undisputed All-India National Yoga Champion.

Bikram Yoga consists of 26 postures and two breathing exercises. To get warmed up, you start with a breathing exercise. Then you stand and perform 13 postures. These postures increase your flexibility and balance while also distributing oxygen throughout your body.

After you’ve completed the standing postures, you’ll move on to the 13 postures while sitting or lying on the ground. These postures also improve your flexibility and other body functions such as digestion. The sitting postures are followed by another breathing exercise that aids in the elimination of any toxins in your body. Finally, the final posture, known as Savasana, allows you to rest before continuing on with your day. The class lasts 90 minutes. Remember not to eat anything before class and to stay hydrated. 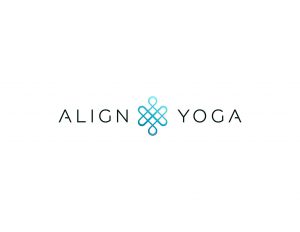 About: Align Yoga’s mission is to provide a space for the yoga community that promotes balance, health, and wellness. Align Yoga’s philosophy is to provide a variety of yoga classes and styles that are appropriate for all levels and will aid in everyone’s yoga journey. The temperatures in their classes will vary depending on the class. Everyone can benefit from hot yoga. Heat can help you become more flexible by warming up your muscles, joints, ligaments, and tendons. It helps with range of motion and balance. Sweating occurs as a result of the room’s heat and humidity. Their yoga studios use cutting-edge infrared heat technology to detox and heal the body from the inside out. 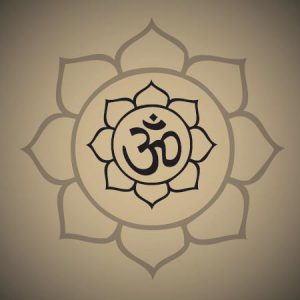 About: Clayton Yoga is a yoga studio located in Clayton, Shala (which means “house” in Sanskrit) is a tiny studio in Clayton, Georgia. They provide community classes based on yoga’s ancient teachings to help individuals feel their best. Their mission is to assist the community by promoting health and vitality in people of all ages and backgrounds.

Join them for a session, and take a look around their sweet and unique place, to create a healthy body and mind, create a spiritual practice, and transform through all the magnificent benefits that yoga has to offer. 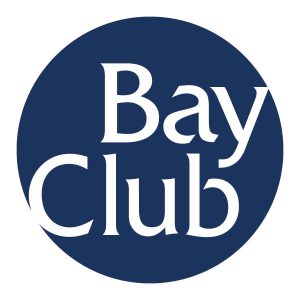 About: The Bay Club Walnut Creek location checks all the boxes for a perfect family getaway. It’s where you can work out or do yoga while the kids enjoy fun at Kids World. It’s a fully equipped studio with a variety of experienced instructors for Pilates enthusiasts. It’s also where everyone who appreciates spending an afternoon by the pool may rest and rest. Everything you need to know about healthy eating, fitness, and family fun is right there.

About: Just Be Yoga in Walnut Creek and Danville, California, provides students with a fearlessly authentic yoga practice experience through a variety of courses for all skill levels and abilities. For convenience and accessibility, the studio has two locations. For beginners, they offer Vinyasa Flow Basics, Gentle Flow, Restorative, YIN, and Yoga 101 workshops, as well as All Levels classes that are customizable for each student, with modifiable movements and rests as needed. Yoga classes are kid-friendly, with courses designed for children aged seven to thirteen, and children over the age of eight are welcome to attend any session with their parents if they can follow along. 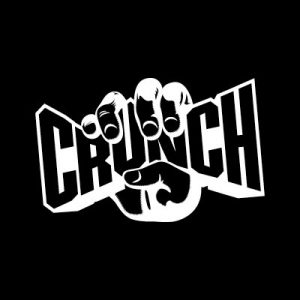 About: Crunch Fitness began in 1989 as a small gym in a run-down basement studio in Greenwich Village, New York City, as a welcoming environment for a varied collection of people to get in shape. While they believe that fitness has the capacity to improve people’s lives, they also recognize that exercise is difficult and that everyone could use a little extra encouragement. As a result, they’ve combined fitness with entertainment to make a serious workout enjoyable.

Are You Looking for a HydraFacial Clinic You Can Trust?

No other hydrafacial clinic is like ours at Simply Skin Esthetics in downtown Walnut Creek, California. Why? We use a combination of techniques, materials and experience – all designed to give even the most sensitive skin types superior, lasting results, in the most professional and hygienic manner. Choosing an esthetician who can serve your facial needs in a compassionate, kind and professional manner can be tough – we know! That’s why our service is far superior to any you will find in the San Francisco East Bay Area.  We care, and it shows in our repeat clientele.  We feature HydraFacial, Ultrasound Facial, Signature Facial, Mens Facial, Express Facial, Treatments/Peels, Teen Facial and Back Facials! Interested in learning more or scheduling your first session? Contact us now to make your appointment!